The involvement of “Mărăşti” Society in the project of  the village reconstruction led to its radical transformation, so that around 1942, the locality receive water supply network and electricity grid – great achievements for rural areas – which make Mărăşti an absolutely modern village. Unfortunately, after 1945 not only that these achievements of  “Mărăşti” Society have not been maintained but they were destroyed. Now,  Mărăşti village faces again with water supply problems.

Being located on a plateau at an altitude of about 536 meters, the village Mărăşti had problems with drinking water. After the war, the wells were no longer operational. For these reasons, residents were forced to procure the necessary water from a fountain located 11 km away from the village. “Mărăşti” Society decided the realization of a water plant and a distribution network for villagers.

Works which began in the summer of 1919,  were completed in 1921, they were executed by “Romaşcu D. & C. Blaimayer”. The solution agreed was the captation of Limpejioara river, at its confluence with the Albas-Vârlan rivers and its pomping to the village.

In this regard, in the catchment area, a hydraulic plant was built on an area of ​​about 150 square meters. The plant had a catchment of cement, two centrifugal pumps of 20 atmospheres and two petrol engines of 20 horsepower (hp). The machines were brought from Switzerland, being very expensive. Water flow was of 120 cubic meters / hour and the actual collection thereof, a water dispenser was built in the North Village at the rate of 536 m. The tank dispenser was built of reinforced concrete, with a capacity of 80 cubic meters, linked to the hydraulic plant through a discharge pipe, made of iron tubes with a length of about 1.3 km, with a diameter of 100 mm, with a 132 m height difference between pump and distribution tank.

Today, at Marasti there are found only fitting foundations of hydraulic plant made from 1919 to 1922, but the distribution tank at 536 m is still functional and maintains its original functioning. The water, once in the latter basin, got to the village through a pipeline distribution, all of cast iron, with same diameter, 4 km long, installed on the main road and with a branch to the school. On this pipe were installed – at the entrance and at the exit of the village – two waterholes for cattle. Also within the village were installed 10 water holes and 10 holes hydrants for population needs, for daily activities, as well as for choking fires. All this was put into service in 1922. After the communist regime came to power, the destruction of the hydraulic plant was wanted. Only the intervention of the local inhabitants made possible that the engines of the factory to remain in the village in order to be used to build a local mill.

As regards to public utilities, “Mărăşti” Society was not limited only to the completion of the village water supply. In 1936 the electrifications works of the village began, an absolute novelty in rural areas at that time. It was designed as a grid for public lighting and for lighting other objectives built by the Society: mausoleum, church, school, water plant etc. Final reception of these works took place in 1942 as they began in 1936, undertaking by  engineer Mircea Vidraşcu guaranteed by undertaking Gabriel Petrescu. Due to the fact that Mircea Vidraşcu abandoned works, from November 28, 1937 they were taken over by the guarantor Gabriel Petrescu. In 1943, the Society’s decision to give off to the Association “Queen Mary” for Hero Worship- initially founded with the title of ” The Society of the war heroes graves” – this could not be done at the proper legal term because the Society didn’t finish the rebuilding works on Mărăşti village. One of these works was the electrical installation which had to be reviewed, because many wooden posts rotted. For this work, the Society received from CFR a number of materials and skilled workers which worked without payment. 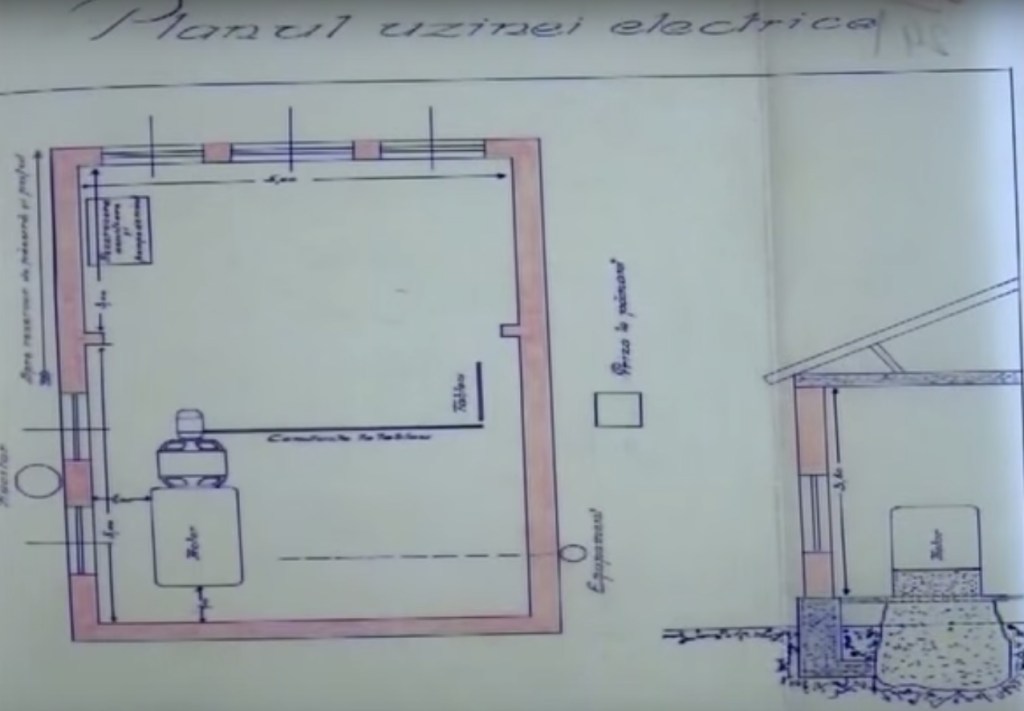 This website is informative and has been developed using information from public sources or information published by various historians, among which we would like to mention dr. Valeria Balescu, curator at “King Ferdinand I”National Military Museum, Bucharest and dr. Horia Dumitrescu, Director of Vrancea Museum. However, we also provided information from Queen Mary and Marshal Averescu memoirs.